Matt and I have lived in Santa Clara for 2 years now. And despite our efforts, we’ve not made many friends. I think about this EVERY DAY, something that is definitely fueled by my toddler son’s obsession with Daniel Tiger’s Neighborhood, (here’s a picture I drew of him when he was mad I wouldn’t let him watch “dan-yo”). 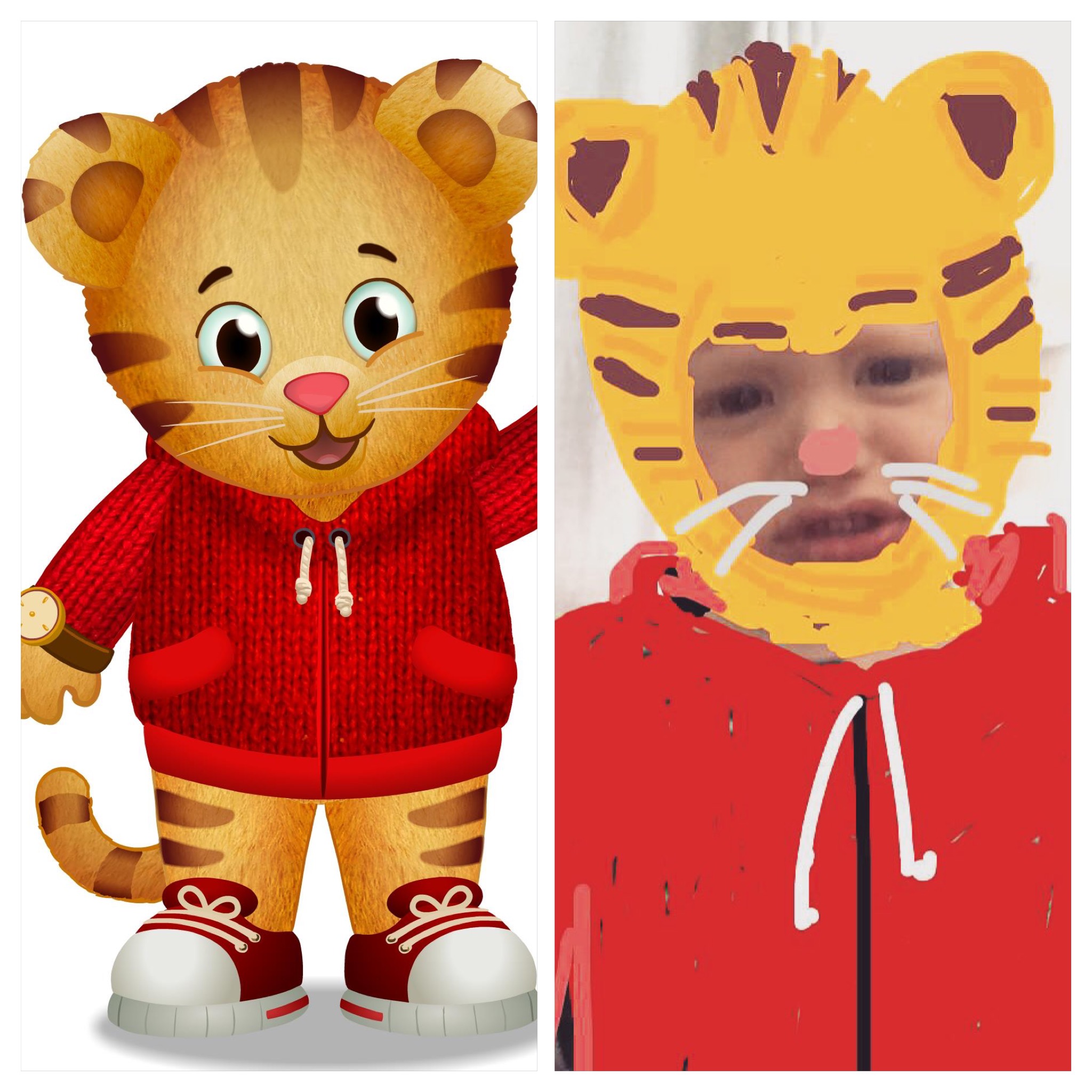 This show literally sings every kind of song about friendship and making friends. It’s getting to me, not just because the songs are so darn catchy either.

Anyway, here’s more proof of my preoccupation with friendship, I doodled it yesterday: 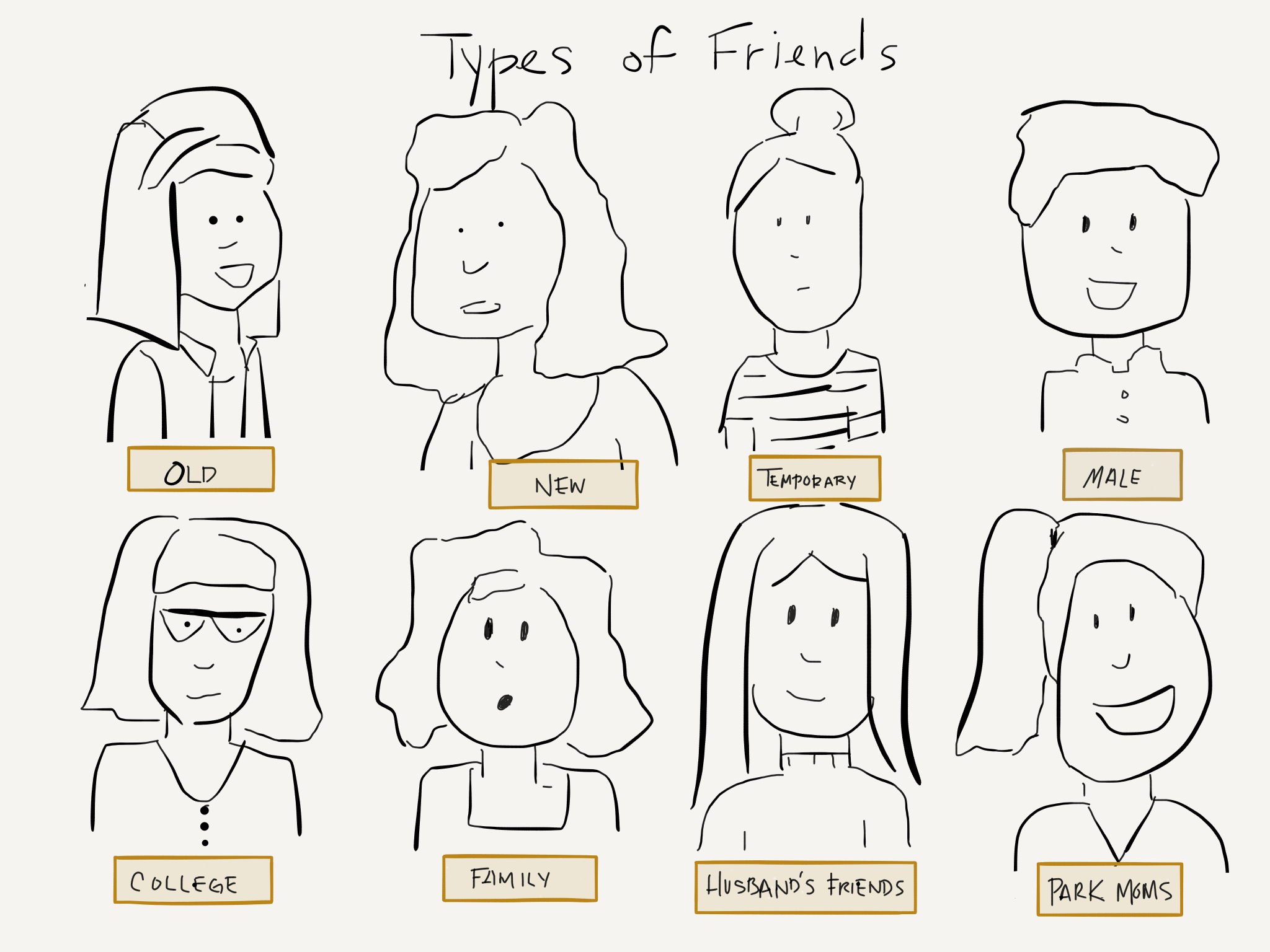 Finally, I’ve been thinking a lot about how my friendships and the books I read as a kid helped craft the way I view friends as an adult and I’m not sure there’s been a lot of positive literary or real friendships in my past. Let’s examine.

1. The Catcher in the Rye

Holden Caufield taught me a lot about life as a teenager (e.g. how to be bothered, how to have angst, how to brood, etc.). He also taught me when it comes to making friends faking it is making it. Check out this quote:

“I’m always saying ‘Glad to’ve met you’ to somebody I’m not at all glad I met. If you want to stay alive, you have to say that stuff, though.”

Salinger destroyed me with this book, I became a cynic almost the second I finished reading it. Gone were the days I believed Mr. Rogers when he told me it’s me he likes. Salinger made me believe that everyone I know is saying whatever I want to hear. Need further proof of this? Just read this next book.

2. How to Win Friends and Influence People

My dad made me read Dale Carnegie’s famous self-help book as a teenager. He said it would teach me everything I would ever need to know about people. He was right. Check out this bit of wisdom:

“Talk to someone about themselves and they’ll listen for hours.”

OMG! Holden was right! People are fake and Carnegie literally wrote the book on how to appeal to people’s narcissistic phony ways.

So why can’t I just fake it? Why can’t I do what it takes to stay alive in this world?

Now that I know this is how people behave I just can’t seem to bear it. It’s like the Christmas after you find out Santa Claus is a lie, you don’t go lining up at the mall to ask him for the gameboy you’re dying for, you ask your parents. Likewise, I can’t maintain a fake relationship with a woman who doesn’t care whether I’m around or not. Instead I’ll rely on old friends who I know miss me when I’m away.

I read this book in the 10th grade, right around the same time my best friend (since Preschool), Kassie, and I went total Mean Girl on each other and broke up. A Separate Peace was a timely and familiar glimpse into my failed friendship with her. I was Gene and Kassie was Finny. She was popular, good at sports, and very well-liked. I was her “friend” who behaved more like a secret rival, always trying to one-up her. That’s how we had always behaved. It scared me when Gene pushed Finny out of that tree because I completely understood why he did it. He was tired of playing a bit part in his own life.

I had never acknowledged this kind of darkness in myself before reading Knowles’s novel, and realizing it helped me understand why friends cannot also be rivals. (I had stumbled upon an unfortunate fact of life for women friendships, too: many women cannot sustain a friendship without a decent dose of one-upping.)

This is definitely a reason I haven’t made many friends with women in my ward. I don’t want to push anyone out of a tree! So I run far and fast from women who want a rivalry.

4. The Secret Garden & James and the Giant Peach (tied because of a similar truth)

The Secret Garden and James and the Giant Peach were my favorite books as a kid. (What can I say, I went through my anglophile days early. Sorry, Jane Austen.) Both of these books taught me a sad truth about lonely people: they are freaks. And freaks can only be friends with other lonely freaks.

When Mary Lennox is sent to Misselthwaite Manor to live with her uncle everybody says she is a freak. It is true, too. Mary is pale and contrary. But she is also horribly lonely. James is lonely, too. His parents died and left him with the worst aunts anyone has ever known. Loneliness leads people to live in a peach with bug friends, or to make friends with a robin and/or their sickly, awful mean cousins.

I’m lonely in Santa Clara THEREFORE I’m a freak THEREFORE I can only attract freaks to be my friends. This is how I always manage to strike up a conversation with the homeless lady at Pizza My Heart. (Truthfully, I also really love freaks, they’re so much more interesting than the homogenized park moms.)

5. The Perks of Being a Wallflower

Maybe I spent my formative years reading too much about nasty friendships. I probably should have spent them reading books about healthy friendships (Harry Potter, Charlottes Web, etc) (Oh wait, I read those ones too…Hmmmm.)

Anyway, The Perks of Being a Wallflower is a fantastic book, but especially because of this quote (and truth) found in the book:

“We accept the love we think we deserve.”

True for both romantic relationships and friendships. A good friendship must be established on a healthy amount of self-worth. After I broke up with my best friend from childhood, I was left pondering a lot of things about myself, and this book answered the biggest question I had about it all: why had I wasted all those years in an unhealthy friendship?

The answer: She was the type of friend I deserved. I was a bad friend, therefore I had one of the worst falling out/best friend stories ever known. Ask me and I’ll tell you many war stories that should have been penned in Queen Bees and Wannabes (another book about bad friends).

Sometime after reading this book, I decided I would only accept the best kinds of love, and hopefully become a better person. In retrospect, this might have been where my problem with making friends truly began.

I only want to accept the best type of friend in my life because there are too many friends who lie, insult, betray, are overly needy, and some give too much advice. Those aren’t friends.

Why do I care if I haven’t made that many friends in California? I guess I’m a lonely narcissist who needs someone freaky (like me) to tell me that it’s me they like.

Mr. Rogers and Daniel Tiger were right all along.