A Second Halloween Post: My Love for Horror(ible) Books

Every Thursday was library day at Orchard Elementary School. I would make my way in a quiet line with the other students where the librarian would start off our hour visit by putting on a VHS of Reading Rainbow. Lavar Burton would fill our heads with the wonderful places books can take us and then when the video was over it was time to roam the shelves for the book we wanted most that week The tightly crammed wooden shelves of dreams and adventures and endless pleasures were a wonder to explore. But I had no time for dreams and pleasures, I was there for one thing, horror. I made a beeline for the familiar section of horror and ghost stories, monsters and creatures from some dark place lurking inside their covers. I liked RL Stine, his Fear Street series was one of my favorites. I also loved the compilation books of short scary stories. The librarian always scanned the covers with her eyes, fin-tailed spectacles tied to a chain around her neck. “Isn’t this book a little scary for you?” she would ask tapping a finger on the cover of the latest collection of tales. I didn’t think so, and told her I’d read all the others she had, so what could possibly be wrong with this one? “But it’s so macabre,” the librarian replied, taking out the stamp, dampening it on the ink pad and punching out a return date. “I hope you don’t get nightmares,” the librarian said as I ran down the stairs and back to my home room. 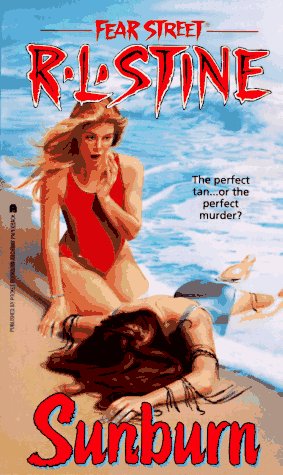 Of course I wanted nightmares, that was the whole point—why else would I read “tales to make my skin crawl”? That was the whole idea. I knew each story would be so terrifying, so gob-smackingly horrific, and I always hoped that they were. In my innocence, I believed that in facing up to the worst terrors an imagination could conjure up would only make me a stronger 12 year old.

Years had passed since I had come across anything that had sent anything horrifying down my spine, when at 19 I told my boyfriend that we should read each other’s favorite books.  I gave him 1984 by George Orwell, he gave me Red Dragon by Thomas Harris (this should have been a big warning sign, but that’s a whole other blog post).  I read the book dutifully.  I wanted to impress him, so I immersed myself in it’s pages.  Somewhere around the first murder of a family with two small children, I started losing sleep, having anxiety attacks and sweating profusely while I read. The world Harris created was familiar and it was being terrorized by a killer with a heart-wrenchingly troubled childhood. I buckled down, told myself if I finished my sleep deprivation would end, and read the last page of the darkest story ever written.  Finishing Red Dragon closed a chapter in my literary life. 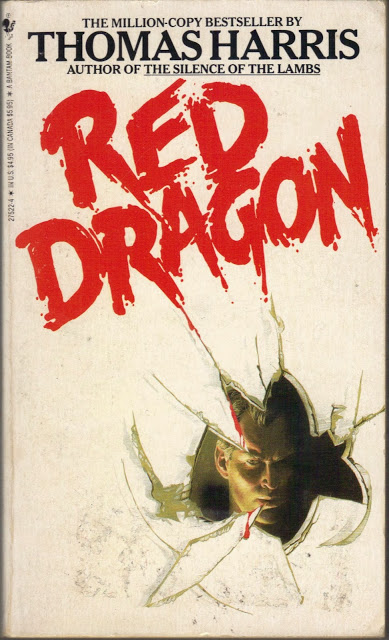 The trick of thrilling suspense, as Hitchcock once said in an interview in 1966, is to make the reader or viewer identify with a central character and bring in the unexpected—like a man who sees a road accident, sees the dead body and moves on, only on a second look does he suddenly recognize the dead man. And then we’re hooked, like I was once hooked on these books.  Recognizing the cruel world in Thomas Harris’ novel unhooked me from a long love affair with the macabre in literature. It turns out that some things are just too scary to let near my reading rainbow.